Our brilliant team of scientists and engineers strives to develop transformative immunotherapeutics through innovative technologies and creative partnerships to benefit patients with unmet needs. 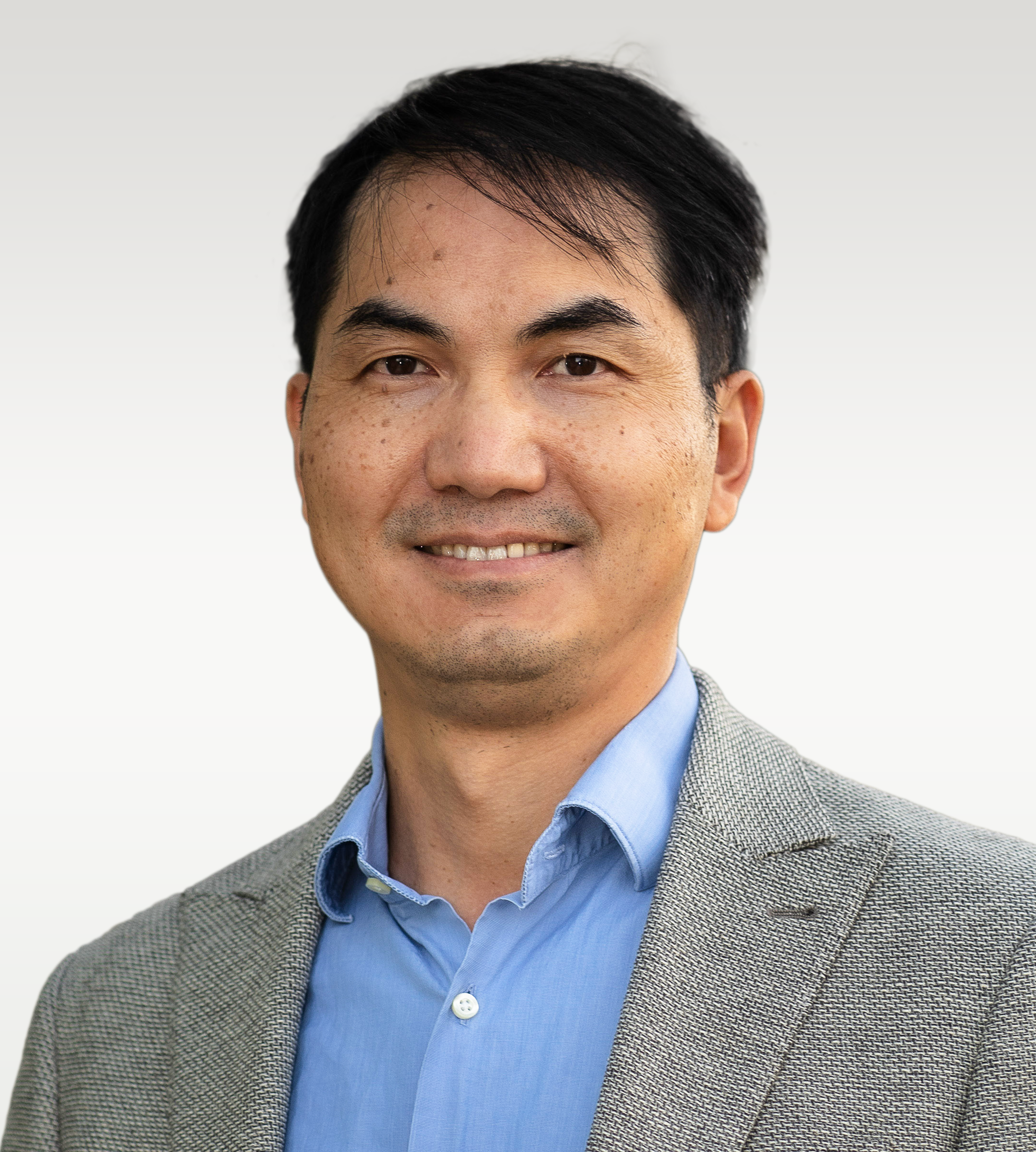 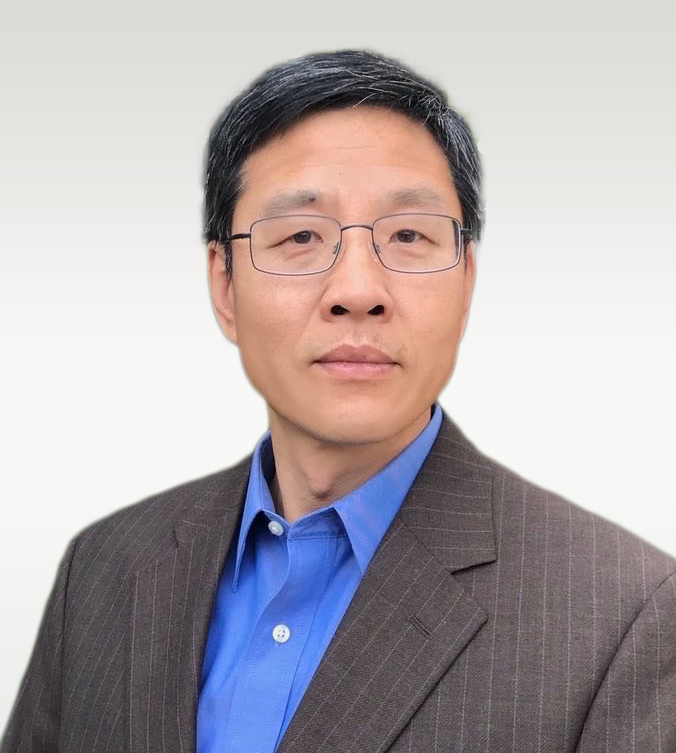 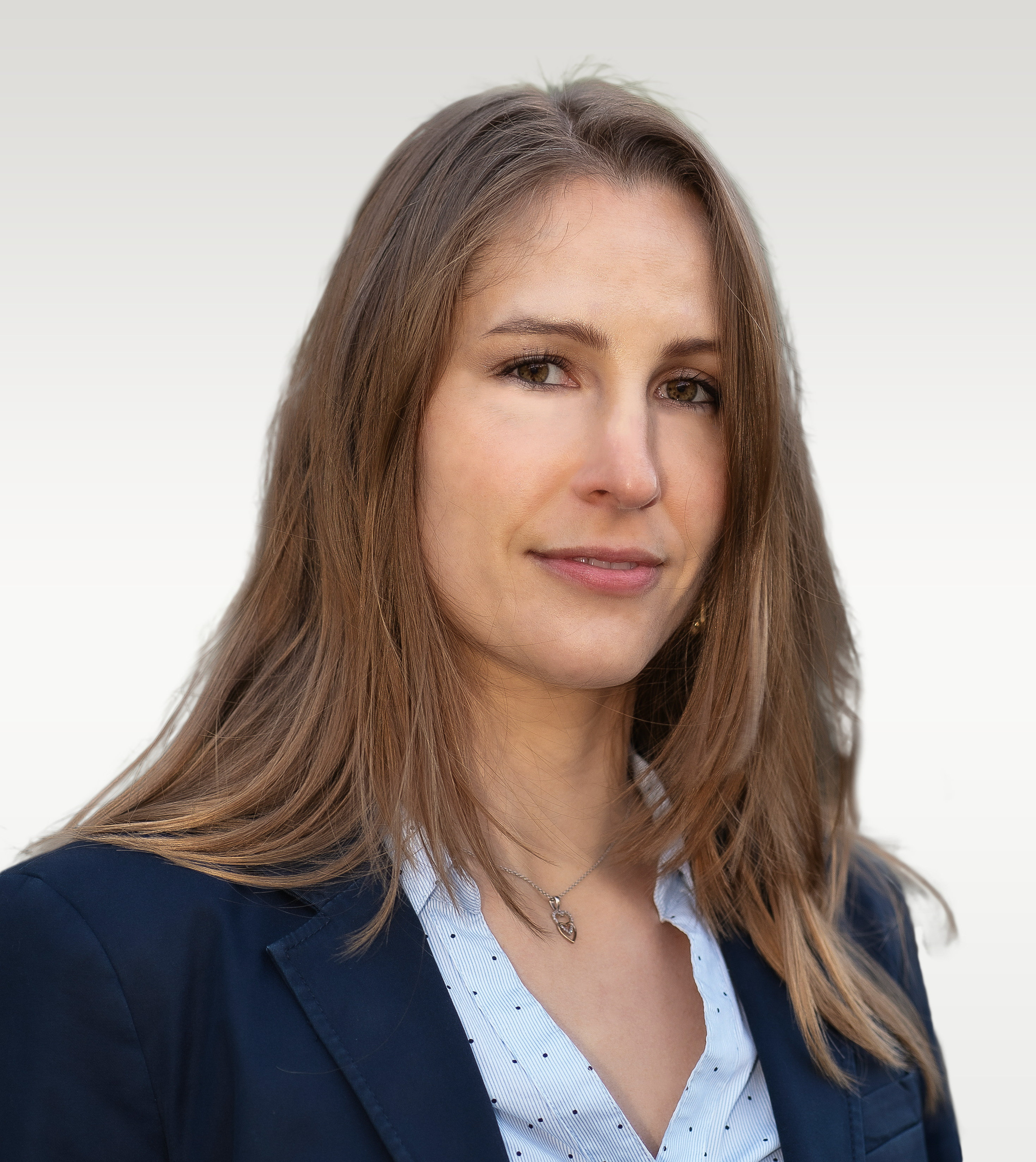 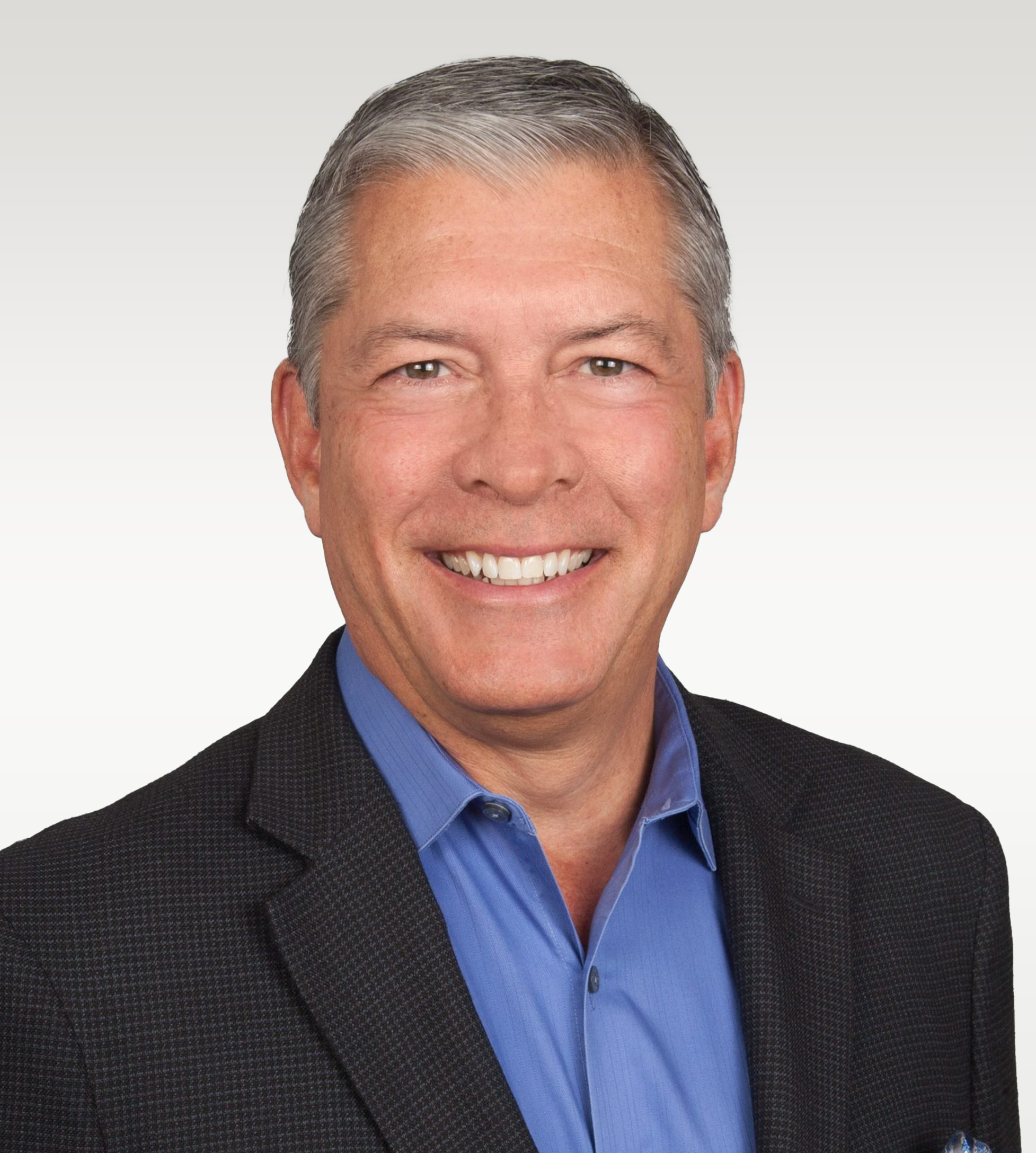 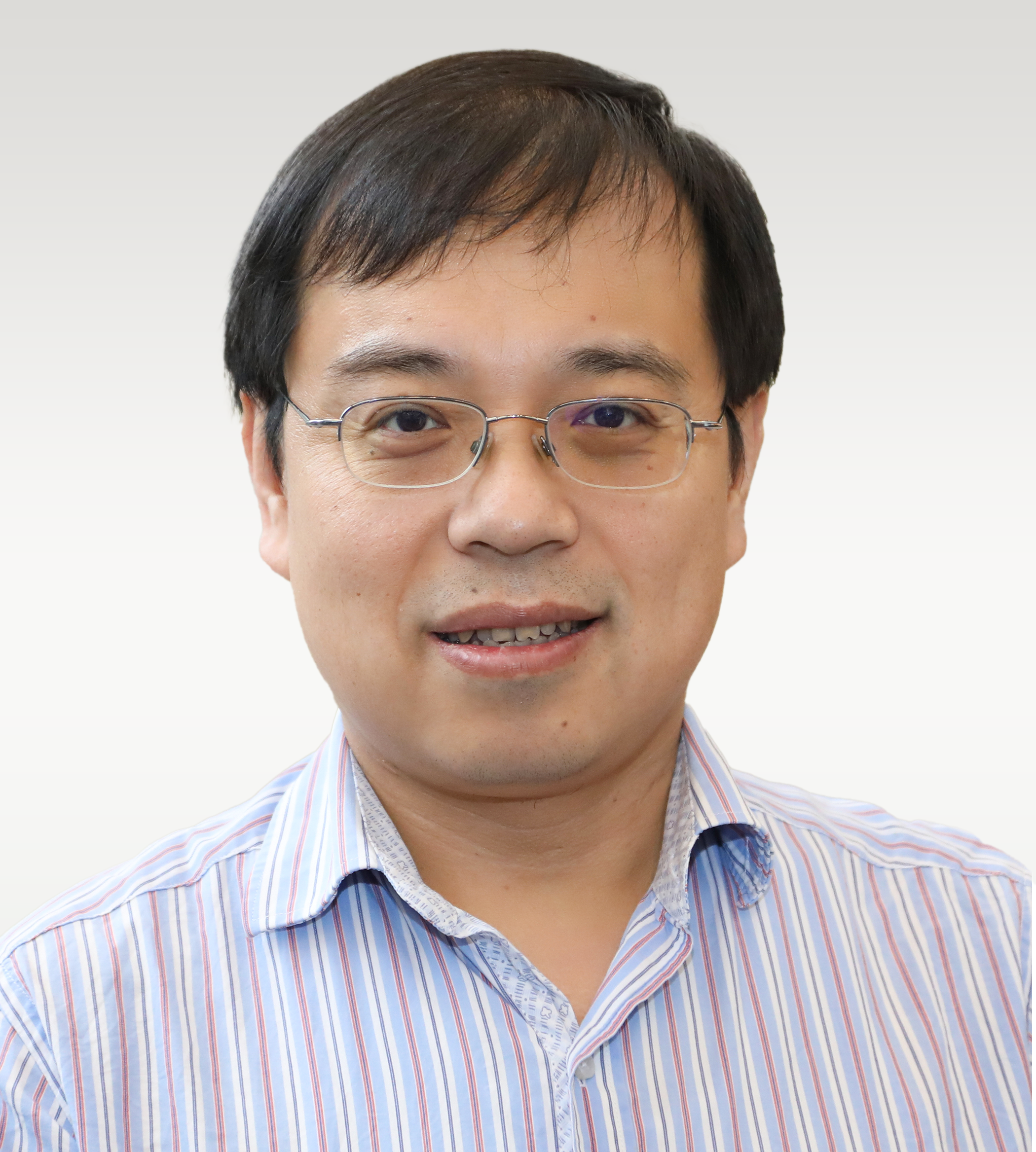 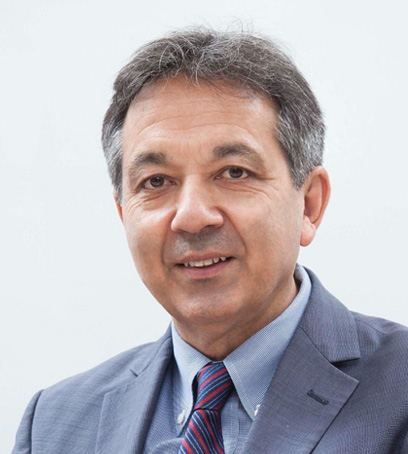 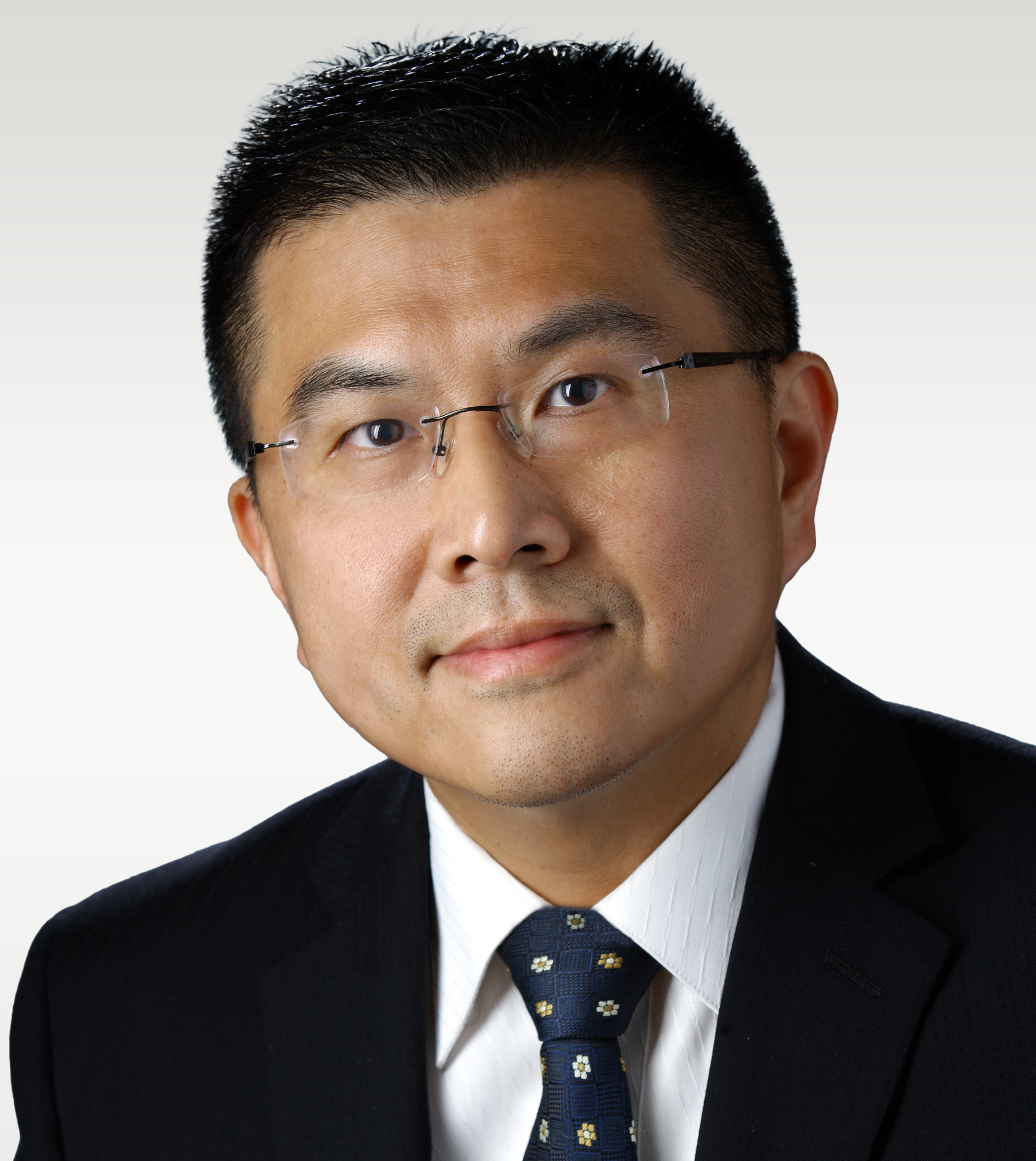 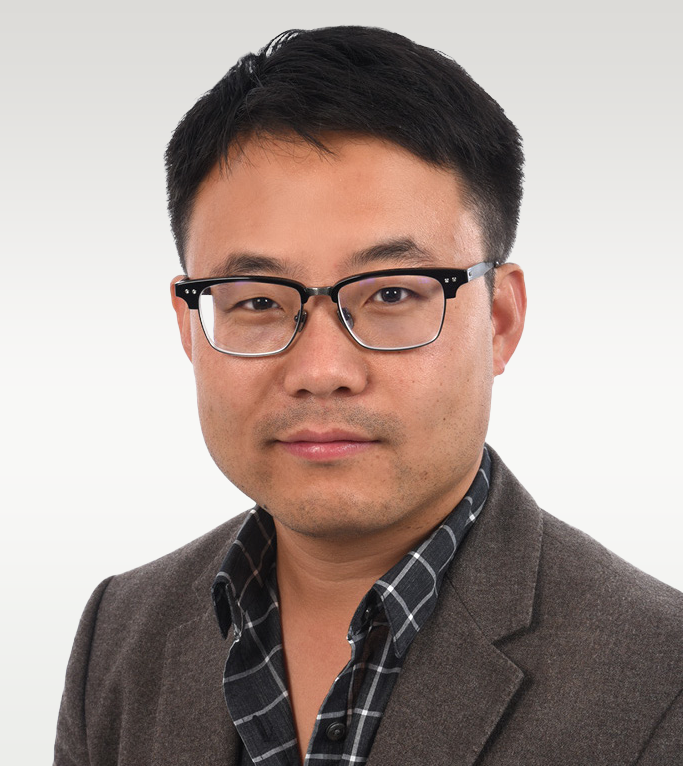 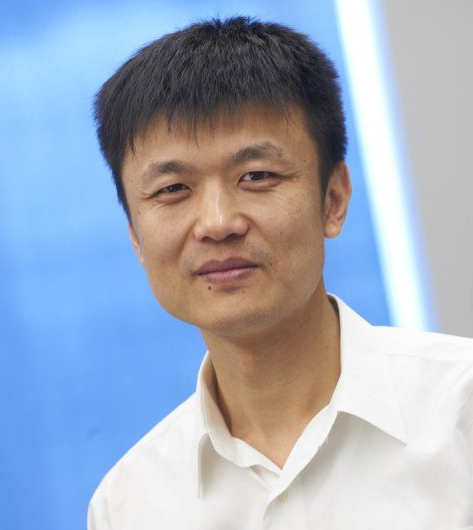 Wu, Amberstone’s Cofounder & CEO, is a life sciences technology innovator with a passion for developing innovative cross-field technologies that address unmet market needs. He has published over 40 manuscripts and abstracts in cancer biology, immunology, high-throughput drug discovery, single cell technologies, medicinal chemistry, and molecular diagnostics. With 20 plus patents relevant to anti-tumor molecules or single cell technologies, Wu is a well-recognized inventor who has made significant industry contributions. Before founding Amberstone, he was President/COO of GeneTex International, where he was closely involved in antibody and research product development, business scaling, and cross-border merger and acquisition. Wu received a Biology BS from the University of Science &Technology of China, and a PhD in Molecular Medicine from the University of Texas Health Science Center, San Antonio. As a Susan Komen Research Fellow at the University of California, Irvine, his primary focus was anti-tumor drug discovery and translational research.

Shang, the architect of Amberstone’s T-MATE therapeutic platform, is a dedicated scientist who has nearly 20-years of extensive knowledge and experience in large molecule drug development, including target biology, lead discovery and optimization, preclinical pharmacology, and early development. Initially trained as a clinical physician, his interests led him to the field of biomedical research, with a primary interest in molecular cell biology. Before joining Amberstone, Shang was a senior researcher at Genentech, with more than 15 years of direct experience in therapeutic antibody programs in oncology, neurodegenerative diseases, inflammatory and infectious diseases. His academic achievements include earning Master degrees in Medical Sciences from the Capital Medical University in Beijing and in Molecular Medicine from the University of Texas Health Science Center, San Antonio.

Segaliny, a highly skilled researcher in assay biology and in vivo pharmacology, has more than ten years of interdisciplinary research experience in cell biology, immunology, and drug discovery. A well-respected supervisor of 30-plus junior staff and trainees, she has proven her versatility as a project leader with external collaborators and partners. She received her PhD, with a strong focus on cytokine and receptor biology, from the University of Nantes, France, and was a postdoctoral fellow at the University of California, Irvine, with a primary interest in developing cell-based cancer therapies.

Dr. Chen has been a valuable member of our team, driving several of Amberstone’s key projects. As a biomedical engineer with 15+ years’ extensive experiences  at the interface of engineering and biology, his passions include developing cutting-edge platform systems and tools for studying macromolecules, nanoparticles, and micelles in live cells and animals in the context of drug discovery and translational research. He has published over 30 peer-reviewed scientific articles with over 2000 citations and is a key inventor of multiple patents. His numerous prior work includes multimodal NLO imaging systems for chemical imaging and spectroscopy, and multiple advanced fluorescence imaging platforms with different capabilities, among others. Before joining Amberstone Biosciences, He was the manager of Nikon Imaging center and an assistant professor in Feinberg School of Medicine at Northwestern University. He obtained a BS and a PhD in physics from the Univ of Sci & Tech of China, and a PhD in chemistry from Purdue University, where he received the Schering-Plough Science and Innovation Award and the Jonathon and Ruthanna Amy Award.

Robert Langer is one of 12 Institute Professors at the Massachusetts Institute of Technology (MIT); being an Institute Professor is the highest honor that can be awarded to a faculty member. He has written over 1,500 articles, which have been cited over 367,000 times; his h-index of 301 is the highest of any engineer in history and the 3rd highest of any individual in any field. His patents have been licensed or sublicensed to over 400 companies; he is a cofounder of a number of companies including Moderna. Dr Langer served as Chairman of the FDA’s Science Board (its highest advisory board) from 1999-2002. His over 220 awards include both the United States National Medal of Science and the United States National Medal of Technology and Innovation (he is one of 3 living individuals to have received both these honors), the Charles Stark Draper Prize (often called the Engineering Nobel Prize), Queen Elizabeth Prize for Engineering, Albany Medical Center Prize, Breakthrough Prize in Life Sciences, Kyoto Prize, Wolf Prize for Chemistry, Millennium Technology Prize, Priestley Medal (highest award of the American Chemical Society), Gairdner Prize, Hoover Medal, Dreyfus Prize in Chemical Sciences, and the BBVA Frontiers of Knowledge Award in Biomedicine. He holds 38 honorary doctorates, including Harvard, Yale, Columbia, and Northwestern, and has been elected to the National Academy of Medicine, the National Academy of Engineering, the National Academy of Sciences and the National Academy of Inventors.

Vice President of Research at Amgen, Tagari has more than 30 years of research experience in hematology/oncology; neurobiology; immunology and inflammation; pharmacology; laboratory automation, and information technologies. His research has led to significant experimental and marketed therapies, plus more than 65 peer-reviewed publications. His broad biotechnology experience includes pipeline review, product and technology licensing, merger/acquisition, and joint venture. His substantial past and current board experience include serving as Board Chair at Amgen Biopharmaceutical Research and Development (Shanghai) Co., Ltd., as well as membership of the board or SAB at GPB Scientific (cell therapy), MATWIN (Maturation & Accelerating Translation With Industry) in France,  CQDM (Consortium Quebecois sur la Decouverte du Medicament, Quebec Consortium for Drug Discovery), BenchSci (scientific AI), Gandeeva (advanced cryoEM), and IASOC. Tagari received his BS in Biology from Cambridge University.

Zheng is Professor of Oncology and Surgery at the Johns Hopkins University School of Medicine. He is the Cancer Center and the Department of Oncology’s Assistant Director for Translational Research and Co-Associate Director for Precision Medicine. He co-leads the precision oncology research and practice. He is also Director for the Multidisciplinary Gastrointestinal Cancer Laboratories Program and Director of the Pancreatic Cancer Precision Medicine Center of Excellence at Johns Hopkins. As a physician-scientist, his clinical work focuses on pancreatic cancer, bile duct cancer, liver metastases, gastric cancer, and other gastrointestinal cancers. Zheng’s lab research focuses primarily on preclinical and clinical development of novel vaccine-, antibody-, and TCR-based rational combination immunotherapies for gastrointestinal cancers. With more than 200 peer-reviewed papers, he is frequently invited to speak at domestic and international scientific conferences and symposia. Zheng is the Founding Editor-in-Chief of Annals of Pancreatic Cancer and has served in the committees for multiple national and international organizations including the American Society of Clinical Oncology (ASCO), the American Association for Cancer Research (AACR), the American Gastroenterology Association (AGA), and the Society for ImmunoTherapy of Cancer (SITC). He is Immediate Past President of the Chinese American Hematologist and Oncologist Network (CAHON). He was elected to the American Society of Clinical Investigation in 2021. Zheng received his MD from Peking Union Medical College, his PhD in Molecular Medicine from the University of Texas Health Science Center at San Antonio and completed a fellowship at Rockefeller University.

Robert Kiss is Executive VP of Technical Operations at UPSIDE Foods with more than 30 years of industrial biotechnology experiences in CMC and bioprocesses.  Prior to that, Bob spent 4 years at Sutro Biopharma as Sr. VP of Process Sciences responsible for industrializing the Sutro cell-free protein synthesis platform for bioconjugates, and 24 years at Genentech, where his final role was as Sr. Director & Distinguished Engineer leading late-stage cell-culture development and scale-up.  During his career, he has had direct involvement in the development, licensure, and commercialization of multiple recombinant antibodies and proteins.  His areas of focus within biotechnology have included control of protein glycosylation, barriers to virus contamination of mammalian cell cultures, and large-scale cell culture strategies and technologies, among others.

Zhao is a Professor in the Departments of Pharmaceutical Sciences and Biomedical Engineering at the University of California, Irvine. A passionate entrepreneur, he co-founded several start-up biotechnology companies whose aim is to develop technologies for rapid diagnosis, stem cell therapy, and drug discovery. Zhao’s keen interest in engineering cell therapeutics has led to his influential research in treating cancer and autoimmune diseases, and in developing novel miniaturized devices for early diagnosis and monitoring for conditions including sepsis, antibiotic resistance, and cancer. He has published nearly 90 journal articles and book chapters, many in top journals. Zhao’s scientific excellence has earned him high recognition, including the MIT Technology Review’s TR35 Award, NIH Director’s New Innovator Award, and UCI Innovator of the Year. He received his PhD in chemistry from McMaster University in Canada and was a postdoctoral fellow at an MIT/Harvard joint fellowship program studying biosensors and cell-based drug delivery technologies.

Li is a Professor of Immunology at Memorial Sloan Kettering Cancer Center with a joint appointment at Weill Graduate School of Medical Sciences at Cornell University. He is passionate about the study of how cell signaling and cell metabolism modules are rewired in the immune system using diverse immunological, genetic, biochemical, and genomic approaches. His focus includes how to exploit these regulatory pathways for disease therapy, particularly cancer immunotherapy, in the context of the tumor microenvironment. Li has published over 100 scientific articles. These include seminal contributions in elucidating the important roles of TGF-beta, Foxo, Notch, nutrient sensing, and nutrient metabolism pathways in the control of T lymphocyte development, homeostasis, tolerance, immunity, and memory, as well as innate and adaptive immune responses to cancer. Li received his PhD in Immunology from Columbia University and conducted his postdoctoral research at Yale before joining the faculty of Memorial Sloan Kettering Cancer Center.